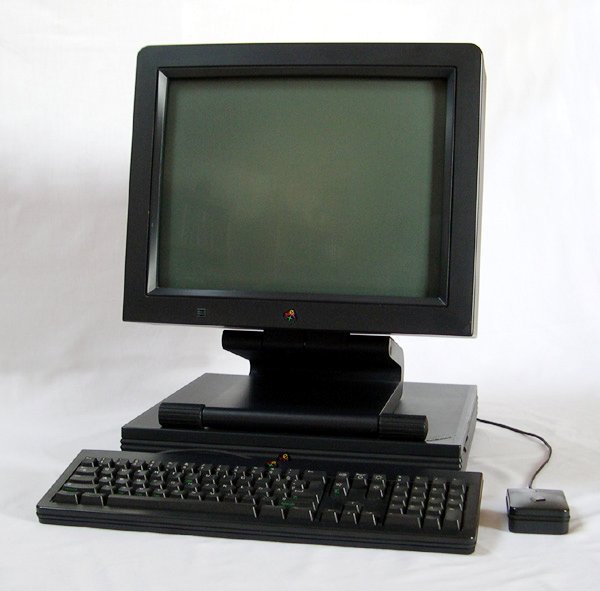 Uber geek-star Wil Wheaton blogged about the magnitude of a “duh” moment he had recently. Warning: avoid Wil Weaton’s post if don’t want spoilers for the D&D campaign “Keep on the Shadowfell”. My post doesn’t have any spoilers, though.

Okay, pretty funny, right? But I think I can one up that.

The year was in the neighborhood of 1990. I was about 17; a student still in high-school. I was taking some physics classes at the University of Chicago. Being a young geek, I visited the university bookstore on a regular basis. It a pretty cool computer software section. All the developer tools you could possibly want. Boy, did I drool over the new Borland compiler suite. A lovely huge box full of manual goodness and a few 5 1/4 diskettes sprinkled on top.

As I was chatting with the guy who managed the software and computer bits and bobs, he mentioned that there would be a sales guy demoing the new NeXT computers in the computer lab next week. I didn’t know what a NeXT computer was so he described them.

Intrigued, I went to the university’s computer lab and played with their 1st gen NeXT computers. The ones that looked like cubes. “Cool! I’ll have to see what the new ones are like!”

Next week, I showed up at the computer lab. It was nearly empty; the lab guy was there and there was another guy I didn’t recognize. He was thin, clean shaven guy wearing a suit and tie.

On a nearby desk was the new 2nd gen pizza box NeXT computer. Cool. I went over and the sales guy (the dude in the suit) explained what was new. He showed off the Interface Builder (cool!), showed me how alpha is actually done in the video card so you can do real transparencies (neat!), and generally just chatted about the computer.

He seemed pretty intelligent and even wrote a small program on the fly to show off the Interface Builder.

I hung out talking as long as I could. Then I said goodbye and went to class.

About a week later I remember where I’d heard the sales man’s name before: Steve Jobs.